After the Pittsburgh Penguins won the Stanley Cup in 209, I went to photograph the Mellon Area, which is more affectionately known as the Igloo or Civic Arena. This was actually later in the year to where the trees started to change colors in Autumn.
Read More 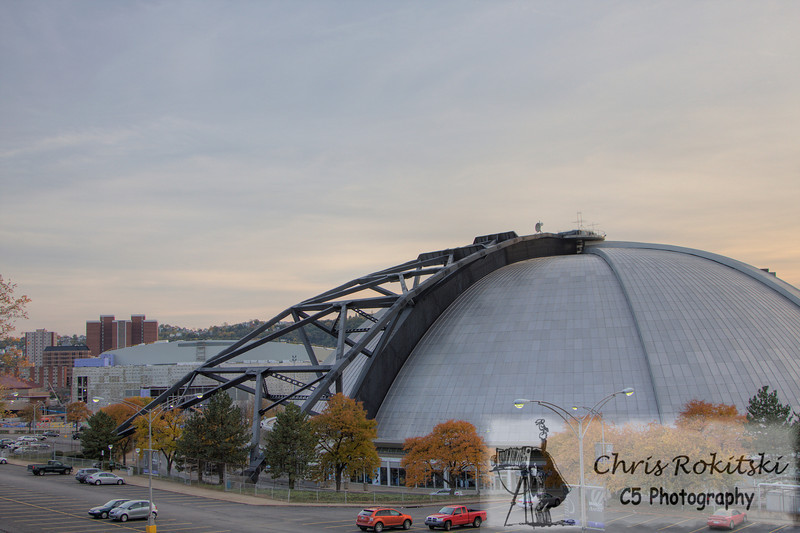 A profile view of the Civic (mellon) Arena in Pittbsurgh, Pa. This view from the side shows the steel structure on the roof dome with a line of autumn colorful trees. Looking behind the Igloo, a portion of the new Console Energy Center can be seen.